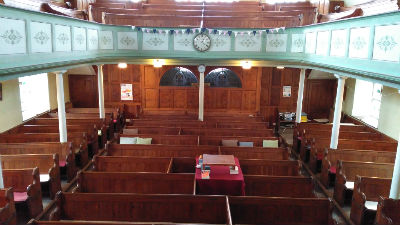 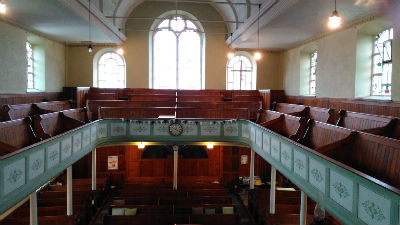 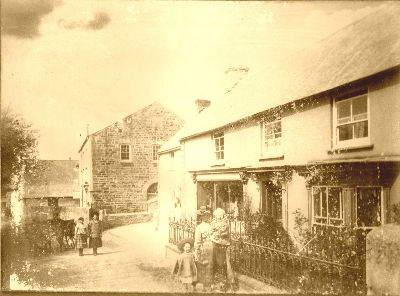 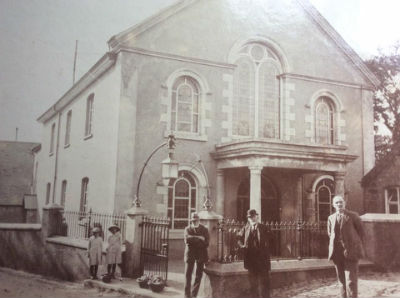 It was extended in 1859 and the organ was purchased in 1869 and installed in 1872 in its current position in an extended organ loft built over the adjoining school. If you would like to see and hear the grand old Forster & Andrews organ playing then please go to the Links page for a link to the YouTube videos.

In 1889 the rostrum was built followed in 1893 with the Higher Vestry and then in 1906 extensive alterations were made. In 1909 the boundary wall with iron railings; and later the gates; completed the works.

The adjoining Wesleyan Day School was built in 1872 and closed in 1922 when the Council School took over the responsibility for education in St. Erth. The old school and kitchens are now part of the St. Erth Methodist Church complex.

Please take a look at our Welcome and Meetings web pages to see details of our services and what a full and varied programme we offer and please see the Contact Us page to see how to get in touch with us.

The practice of pew rents started after John Wesley's death in 1791 when the Chapels in the large towns found it a good source of income and as it spread to the villages, then every time a new Chapel was opened the majority of the seats were reserved for the pew holders and only a small number of seats were allocated to the general public. Those who could not afford  to pay for a seat were crowded into a narrow space and obliged to stand and listen to the service. 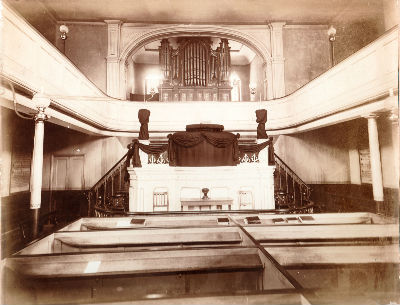 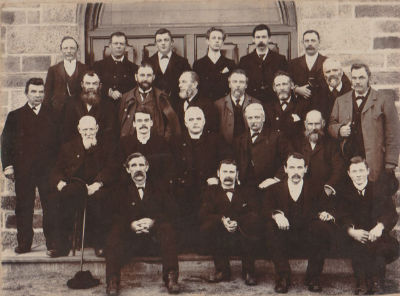 This 1901 photograph was taken when the pulpit was shrouded in black as a mark of respect to the death of Queen Victoria. However it shows the original box pews and each had an individual gate and a desktop to rest their Bibles. There were two rows in the centre of the main Chapel and the men and women were segregated by sitting on opposite sides. Benches, similar to those seen in the photograph are still in daily use in the Chapel Hall. Use of the benches was free. 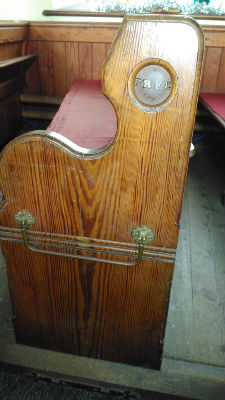 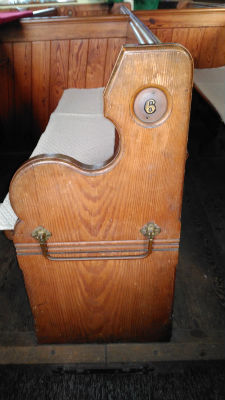 When the current pews  were installed in 1906 the practice of pew rents was still going strong and from a total of 83 pews; 21 were designated to be free and the remainder of 62 were available to rent on an annual basis.

The photograph on the left shows a pew inscribed  as 'Free' and the one on the right is inscribed '6'.

Extra collapsible folding benches were additionally installed so that there was a total seating accommodation for about 500 people split equally between the two flows. Today that number of people would not be allowed due to current regulations and restrictions.

And just in case you are worried; then all pews are now free and you can sit anywhere you wish.

The organ, built for this Chapel in 1864 by Forster and Andrews of Hull is an outstanding and virtually original example of their very fine work. Apart from a few minor alterations, which is estimated to have been very early in its life (possibly carried out by Brewers of Truro at the time it was moved from its original ground floor position to the new organ loft in 1872), it remains untouched. This is very rare as many instruments of this period have suffered from the changing tastes and fashions of technology and the whims of the day. It is totally mechanical (apart from the addition of an electric blower) and still retains its pumping handle.

Forster and Andrews built 10 organs for Cornish Chapels or Churches. Initial research suggests the St. Erth example is one of the earliest and the only one to survive intact and still playable in its original condition and location. Several are known for certain to have been destroyed/dismantled /broken up whilst  one or two have suffered from 'modernisation' and totally lost their integrity and identity. The fate of some is not known.

In 2018, as a result of research carried out by Bramwell Bourne (a well known local organist) he was able for this organ to be recognised by The British Institute of Organ Studies as one of importance to the national heritage and in need of careful preservation for the benefit of future generations. It has now been awarded a Grade 2 star certificate on the Institute's Register of Historic Pipe Organs. 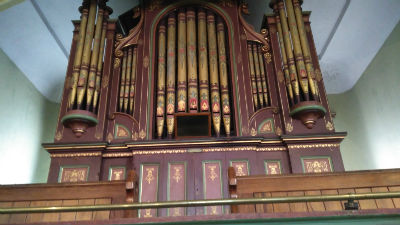 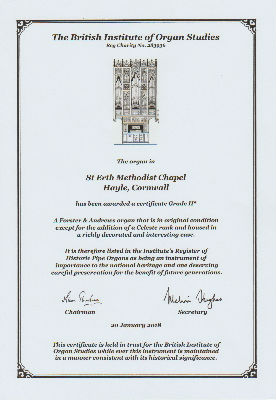 The  clock is a good example of an English Fusee Timepiece and was made by Samuel Shortman of Penzance between 1823 and 1864. For the moment the mechanism has seized and only tells the right time twice a day - hence the modern quartz movement below it. 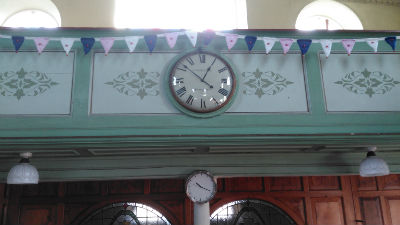 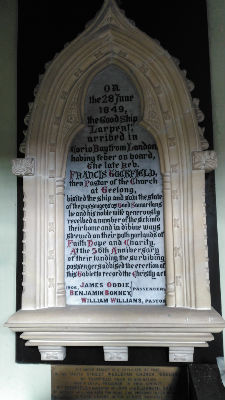 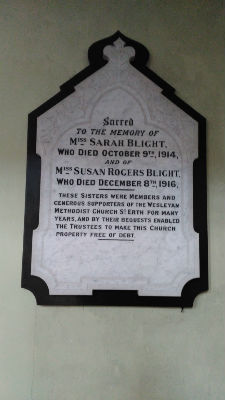 We find that we have many visitors from overseas who like to explore
the Church. Some are tracing their family history - if you are one of
them and would like a high resolution copy for your research then please let us know and we shall be pleased to supply a digital copy by email 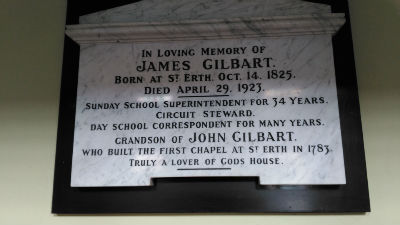 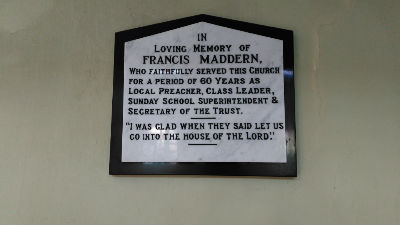 This is all that we have left of what was once a complete tea service. 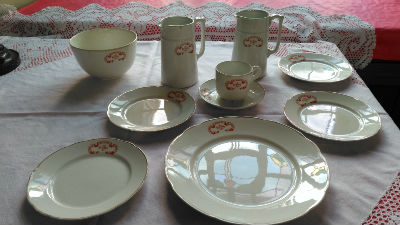 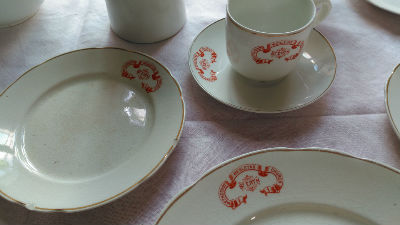